A few months back I drove from Nice, where I live, a couple of hours west to meet Philippe Bru, winemaker at Château Vignelaure, just east of Aix-en-Provence.

At 400 meters in altitude, he makes Vignelaure’s red, white, and late harvest wines in a cool climate, with cold nights, on 55 hectares of land. Given the location, Cabernet Sauvignon is well suited, along with Syrah and the classic white wine grapes of Provence, such as Clairette blanche.

You do find some Cabernet Sauvignon in Provence, (see link to Trevallon post below) but in my experience, not that much, and particularly not east of Aix. Most of it seems to be in Alpilles, where Trevallon is king.

At Vignelaure because of the Bordeaux-like climate (at least in temperatures if not rainfall)    Philippe uses 70% Cabernet Sauvignon and 30% Syrah, on average, in his flagship red wine. George Brunet, former owner of La Lagune in Bordeaux founded the Chateau in the 1960s, having sold Lagune and moved to Provence. Rose, the cash crop wine of the region, is about 45% of Vignelaure’s volume, and the cool climate is well suited to making a rich style of white wines, which I’d recommend.

Vignelaure also helped Provence legends Trevallon get started, employing Éloi Dürrbach in the early 1970s, and providing him with the cuttings he used to get Trevallon started. (Click her for a podcast with  Ostiane Icard Durrbach I recorded in 2016)

Whilst I enjoyed the Rose and the White (sorry, no tasting notes) it’s the reds (as ever) that I get excited about. Philippe uses barriques to help with the high Cabernet Sauvignon percentages, and you can taste it a little, but that’s not such a bad thing, particularly with ageing and decanting. The 1974 and 1988 we tasted had stood the test of time extremely well, so it’s clear the wine has very long ageing potential.

From the other vintages I’ve tried I still find 2004 needs a lot of decanting time, as it’s quite closed, 2008 has lovely acidity but is still perhaps a little young, and the 2006 is pretty much perfect in freshness and fruit, although I’d love to try it in 20 years and see how it’s aged.

In the interview below, Phillipe says he believes the organic approach is the best way to have healthy soil. He minimises sulphites but if you want to age wine for decades, you need sulphites or the wine will only last a few years, he says. This is of course a well known problem for some ‘natural’ wines. In my view, if a wine can’t mature, it’s of little interest really. But that’s just me.

Taking a biodynamic approach is not easy on a 55 hectare vineyard, he says and he’s looking for a middle ground between biodynamics and organic at Vignelaure. After decades of organics he now wants to go step by step, like Chateau Palmer in Bordeaux, towards biodynamics. In some plots they are using biodynamic type practices. But “you need a bit of freedom, not to be tied to a type of system” to understand your vineyard, he points out.

I asked him about biodynamics and climate change. He responds that the low yields that result can have less alcohol and more acidity, to make a more balanced wine. Fewer fertilisers (I assume natural or otherwise) are used in low yield harvests. High yield and big volume simply means less acidity, which is a problem many vineyards have as they expand production.

Temperature and rainfall extremes are noticeable in Provence now, due to climate change, says Phillipe. He notes it’s important not to pick too early, because winemakers in france are concerned about alcohol levels, early picking can happen, but this results in unripe wines with unbalanced alcohol and acidity.

Low yields and warm climates don’t sit that well together, he notes, so that’s a major challenge. Grape choices, like Carignan or Cinsault over Grenache, can help in blends to reduce alcohol levels. Of course, it’s also all about what suits the terroir, the land the winemaker has access to, and that plays a role, along of course with those weather variations.

Vignelaure really is a hidden gem of a wine. I’ve tasted many of the Provence reds recommended to me by those in the trade in the region, and Vignelaure is one of the best. It’s also completely unusual, as far as I can tell, given the high proportion of Cabernet Sauvignon they use. Finally, it’s incredibly well priced, usually in the 20-30 euro range for the reds and less for the whites and rose wines.

For UK readers, you can buy it for £16-17 a bottle from the Wine Society and trust me, you’ll struggle to get equivalent Cabernet/Syrah blend value anywhere else, particularly considering the grapes used. 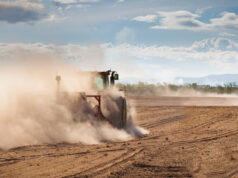 The launch of the Regenerative Organic Certification, a spotlight on sustainable wine producers, CO2 recycling at Château Montrose, and an attack against ‘conventional winemaking’

“Biodynamics turned my head upside down”

How far away is truly “sustainable” Champagne?

The launch of the Regenerative Organic Certification, a spotlight on sustainable...

What does sustainability mean in Montalcino?

A few myths about sulphur

Some of the best bandols you can buy